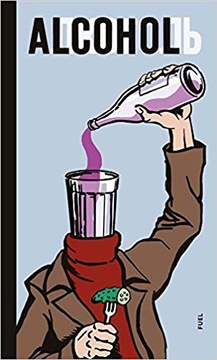 From the acclaimed authors of the Russian Criminal Tattoo Encyclopaedias and Soviet Space Dogs comes Alcohol, a glorious and exhaustive collection of previously unpublished Soviet anti-alcohol posters. The book includes examples from the 1960s through to the 1980s, but focuses on posters produced during Mikhail Gorbachev’s campaign initiated in 1985. These posters attempted to sober up Soviet citizens by forcing them to confront the issues associated with excessive alcohol consumption. This government-led urgency allowed the poster designers to present the anti-alcohol message in the most graphic terms: they depicted drunks literally trapped inside the bottle or being strangled by “the green snake.” Their protagonists are paralytic freeloaders and shirkers who always neglect their families, drive under the influence, produce substandard work, are smashed when pregnant and present a constant danger to fellow citizens. A two-part essay by renowned cultural historian Alexei Plutser-Sarno attempts to explain, from a Russian perspective, the reasons behind this phenomenon.