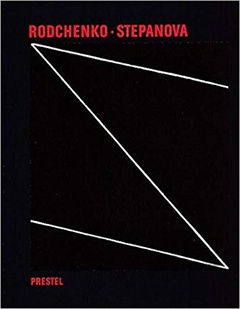 Aleksandr M. Rodchenko and Varvara F. Stepanova: The Future Is Our Only Goal

This book was produced both to honor the centenary of Rodchenko's birth and to accompany an exhibition of the works of two of the principal founders of Russian constructivism. This husband-and-wife team's various theories, manifestos, and chronological activities are well explicated. Their chief accomplishment is the offering of important information, illustrations, and writings from previously obscure Russian sources. Rodchenko's pioneering work in painting, photography, and graphic design are discussed in the context of early 20th-century Communist art and philosophy. Stepanova's achievements, largely ignored in Western art history, get full and fair treatment. Delving extensively into the avant-garde world of the Soviet Union, this book goes well beyond two earlier works, David Elliott's Rodchenko and the Arts of Revolutionary Russia (Pantheon, 1979) and German Karginov's Rodchenko ( LJ 7/79), making it an important acquisition for academic and specialized libraries.