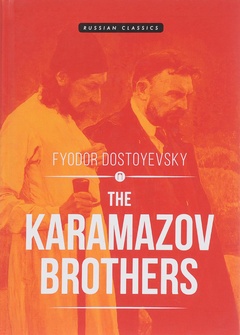 Dostoyevsky is considered one of the greatest writers in world literature. Best-known for his novels Crime and Punishment and The Karamazov Brothers, he attained deep philosophical and psychological insights which anticipated important developments in twentieth-century thought, including psychoanalysis and existentialism.

The Karamazov Brothers is a passionate philosophical newel set in 19th-century Russia, that enters deeply into the ethical debates of God, free will, and morality. This novel explores the big questions of life through the story of a highly dysfunctional "family": three sons basically neglected and abandoned by their father Fyodor.